In a Instagram story post, CM Punk revealed a partial lineup for WrestleMania 30. In the picture below, you can see the matches WWE had penciled in a few months before the show, which included Punk vs. Triple H. 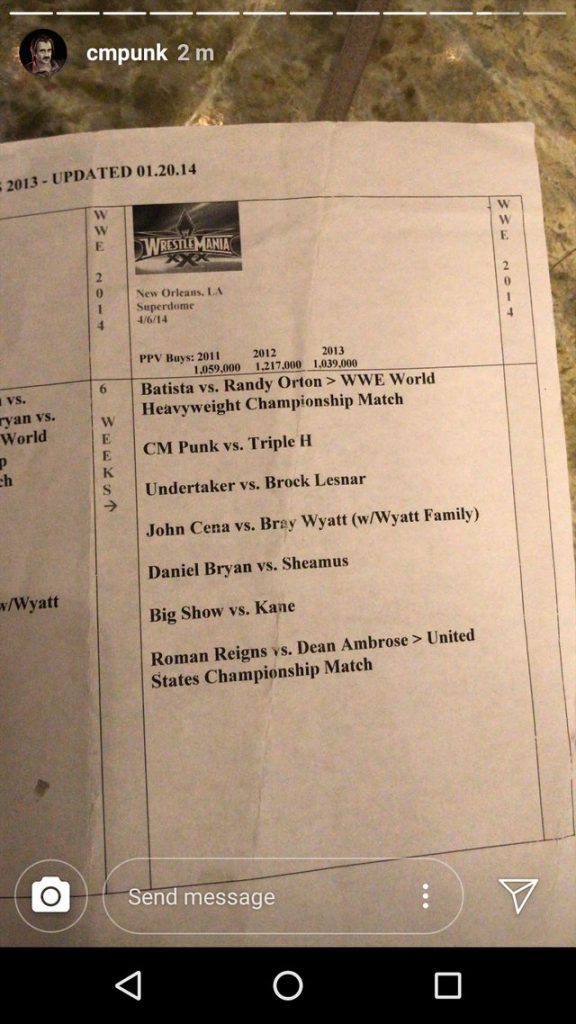 What is interesting about this is the inclusion of Roman Reigns vs. Dean Ambrose for the United States Championship. It seems WWE had ideas of breaking The Shield up before WrestleMania.

As we now know, Randy Orton vs. Batista had Daniel Bryan added after months of outpouring from the fans. CM Punk vs. Triple H never happened as Punk left the company the night after the Royal Rumble that year. Whereas Roman Reigns and Dean Ambrose teamed up with Seth Rollins to face The New Age Outlaws and Kane.

You can catch CM Punk on WWE Backstage which airs every Tuesday night on FS1 at 11pm ET.